'Cancer is not a welfare disease' 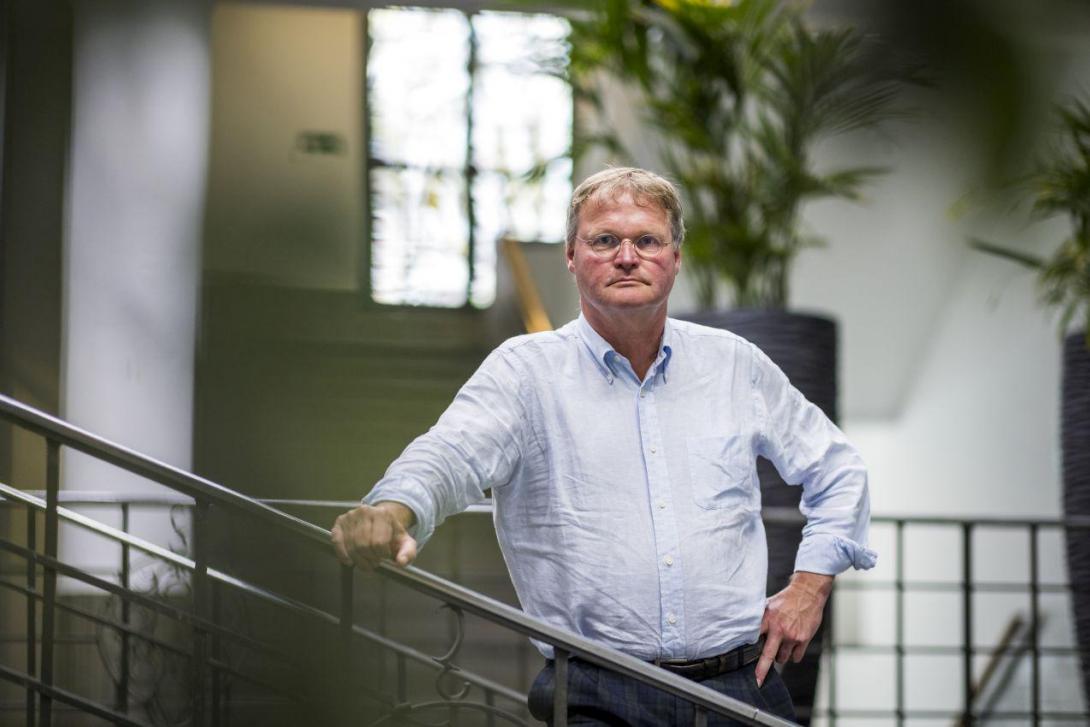 Professor Gerard Bos and his company CiMaas are developing a vaccine and killer cells against cancer in their lab. The knowledge is there, now it's a matter of time and especially money. By early 2023, leukemia patients could already be treated.

In his office at the Brightlands Chemelot Campus in Geleen hangs an artist's impression of killer cells that attack cancer cells. They look like spheres in an ice cream sundae in which pistachio attacks the hazelnut. Of course, this is a simplified representation of what Professor of Internal Medicine Gerard Bos and his team do in the lab on the Geleen Brightlands campus. They multiply and improve killer cells and develop a vaccine against cancers such as leukemia.

Becoming a grocer like his father was not what he wanted. So his mother, who ran the store together with his father, thought he should study medicine. After a conversation with the family doctor he followed his mother's advice. Through an advertisement in the 'local sufferdje' his attention was drawn to the young faculty in Maastricht. A visit as a student to a 'congress' on receptors happened to come to the attention of his later supervisor and ultimately led to a study of bone marrow transplantation in leukemia patients. Gerard Bos (Wageningen, 1960) just wants to say: life consists of pure coincidence.

After wanderings in the Randstad and Brussels, he and his wife, a pediatrician, settled permanently in Maastricht in 2000. He had let go of research in Seattle. Would I do it again, I don't know. You do find quality of life here. My children were able to play soccer in their own garden for fifteen years. That would never have been possible in the Randstad.'

It is undoubtedly a layman's thought, but one can hope that there is diligent research being done all over the world on vaccines and killer cells. Gerard Bos: 'If you want me to be depressed you should indeed start talking about similar research and ask whether we are still on time or unique. What we have done well is to stand firm. We have two products in the pipeline, the killer cells and the vaccine. Is that still promising? Yes. Are there lots of hijackers on the coast that can do it too? Certainly. I think the chance of success here is somewhat smaller than in other places in the world, given the size, to get something from the laboratory to the patient. This definitely would have been bigger in Seattle because the infrastructure there is grander.'

Yet Bos praises the freedoms he has in Limburg. 'I literally started here in an empty laboratory with a catalog that told you how to order a pipette tip. I taught the first analyst how to grow cells. She ended up doing her doctorate under me as well; this was really bottom-up. And that's nice, freedom.'

"We have two products in the pipeline, the killer cells and the vaccine"

CiMaas began at Brightlands Maastricht Health Campus. 'There we were very well facilitated by Jan Cobbenhagen and his team. He arranged for me as a doctor - together with my colleague Germeraad - to start a company (CiMaas) through the Knowledge Regulation. At Brightlands Chemelot Campus in Geleen, we set up a lab together with Neuroplast. We share the costs and benefit from each other because they also have a cell therapy product.'

Of course, all the cancer research has already paid off. 'When I started studying, there were certain diseases with which you only had two and a half years to live and now ten. There are now cell therapy methods that ensure that in certain lymph node cancers you have a chance of being cured. The development is really there. And it's going extremely fast. Partly thanks to researchers like us, start-ups and the pharmaceutical industry that is constantly scouting for new opportunities. Countries like America and China are in the lead. A few weeks ago I was in Boston at a congress on cell therapy for Kahler's disease, mainly to see whether there is still room for what we are doing. Conclusion: we have to choose a different disease. Hence, we are now concentrating mainly on leukemia and breast cancer.'

"If someone says, 'here's an extra two million,' we'll be treating patients with leukemia with killer cells by early next year"

Time and money are the main concerns for Bos. 'We can certainly make an impact. And fortunately for patients, steps are being taken. We may be one of those steps.' Überhaupt, this research might never have gotten off the ground without the wealthy, now deceased Heerlen broker Henk Stienstra. 'We are here solely and exclusively thanks to him. I sent him a letter because he was in the Quote 500. After three phone calls I was allowed to come. He asked what I came to do. I said, 'To collect money.' His answer: 'Too bad, but last week I gave ten million to Amsterdam research with a few friends.' Within half an hour I left him with 500,000 guilders. That was the start of our research and an enduring friendship. That's also when we laid the foundation for Cancer Research Fund Limburg, because I thought: we have to take responsibility in the region itself to find that money. We can hold up our hands to KWF Kankerbestrijding, but we also have to put our own energy into it. So we did find the patrons but you have to have twenty here in Limburg because there are a lot of young people with good research.'

Cancer out of the world

Gerard Bos and his team at CiMaas are constantly on the lookout for new challenges. Sometimes they succeed - there is a loan of about two million from the Rijksdienst voor Ondernemend Nederland. And recently a grant (1.5 million euros) was obtained with Maastricht University, Utrecht and Cimaas for research into killer cells and breast cancer. Sometimes things don't go as expected. 'In recent years we have put a lot of time into a listed partner in America where ten million euros was available for our joint research. Everything was more or less settled and when it came time to sign, it turned out that the CEO and the Board had parted company. So you could start all over again.'

It's not as if we're in dire straits,' says Gerard Bos. We are working hard and are very hopeful. Of course I - and with me the whole team - believe that it will work out, otherwise I would stop. But it could just be that tomorrow someone will stand up and say: we have found something after all... Three Nobel Prizes and the cancer is out of the world. Everyone can always be faster, that's the risk. But we prefer to have the good news here, of course.'
Read entire article

Profiting, who doesn't want that?

Smile! Beautiful teeth for everyone

Future of food: the tech tool that precisely measures vitamins in fruit and veg